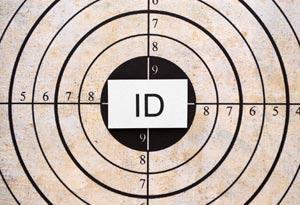 They might not get as much press as other detectives, but forensic dentists are absolutely detectives. They are the specialists, the guys you call in when you’ve hit a snag or when you’re out of options. It’s an art as well as a science.

The main objective of a forensic dentist is identification, and teeth are great for that. Tooth enamel is the hardest structure in the human body. It can withstand temperatures upward of 2,000 degrees Fahrenheit. Even when a full set of teeth isn’t available, a forensic dentist can still get a positive ID.

Therefore, these guys are excellent when the case involves just a skeleton, someone who’s been dead for a while and has no other defining characteristics. This also makes forensic dentists useful in the archaeological field as they can identify or simply gather immense amounts of information from graves and burial sites that are centuries old.

Identification isn’t always limited to the victim (or deceased). Bite marks left on a victim are a crucial piece of evidence, storing a wealth of data if properly examined. And let me tell you, it’s a process:

Forensic dentistry can provide some solid evidence, but one should be warned: it is not 100%. Bites certainly have specific characteristics, yet that doesn’t mean they’re unique. In fact, there have been a few convictions from pre-DNA evidence days based on bite marks that have since been overturned.

Bite mark analysis works best as a way of eliminating suspects rather than purely identifying. Forensic dentists themselves stress this point, a point that is too often lost on the prosecutors and/or jury.

Though it may seem a more modern science, forensic dentistry is much older than you might think. During the Salem Witch Trials bite marks played an important role in identifying perpetrators. Paul Revere—a dentist when he wasn’t being a blacksmith or riding around to warn about redcoats—used his expertise to identify fallen soldiers during the Revolutionary War, including the man who sent him on his famous ride, Dr. Joseph Warren.

Dental veneers have a great reputation for creating an even and bright smile, but they aren’t all about the glamor. Veneers can correct and reinforce some tooth damage, misalignments, and other flaws that you might not expect.