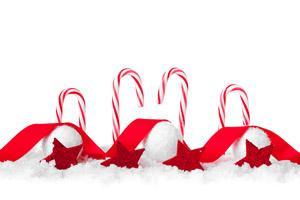 Candy canes are synonymous with Christmas. Thanks to their hook shape, they’ve become Christmas tree ornaments in their own right. While they’re sweet and delicious, be wary of their effect on your teeth!

That said, despite how popular candy canes are, so much about them seems shrouded in mystery. Why was the hook shape chosen? Why peppermint? When did they first appear?

A Few Facts About Candy Canes

Well we investigated these questions and found some very interesting facts about this holiday favorite.