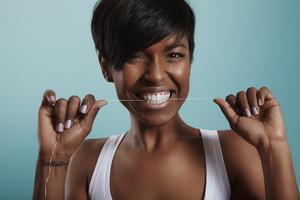 Dental health is easy right? Two minutes of brushing twice a day, followed by flossing. A visit to the dentist twice a year and your on your way! Well it’s not that simple. Most adults in the United States are actually brushing their teeth incorrectly. Are you? Find out what the most common mistakes are below.

Only brushing one time a day

This is a major no-no. If you’re only brushing once a day, your oral, and overall health will suffer. In only 24 hours, millions of bacteria can grow.  Make sure you are brushing twice a day, at the very least.

We know how nice a clean mouth feels. However, brushing too much can wear away enamel and irritate gums–which leads to infection and inflammation. Only brush up to three times per day! If you have something stuck in your teeth, opt for floss instead.

Brushing at the wrong angle.

Make sure you angle your brush at a 45 degree angle. This ensures that you are getting rid of food debri and bacteria that hugs the gum line. Many adults brush at a straight 90 angle, which means they miss all of the dangerous things hiding along their gumline!

Flossing before brushing exposes areas that need the fluoride in your toothpaste. Over time, this helps to improve your overall oral health. Flossing also breaks free food that is stuck between teeth, thus making your toothbrush more effective. Be sure you are flossing before you brush to ensure optimal cleaning.

With just a couple quick changes to your teeth brushing routine, you can be on your way to healthy white teeth!