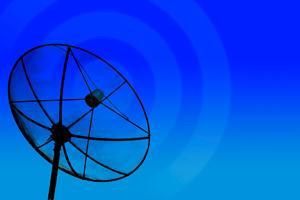 Aral Sea, once a giant lake between Kazakhstan in the north and Uzbekistan in the south, has dried up completely according to NASA. Photos from satellites are conclusive and pessimistic in their depiction of human impact on the earth’s environment.

Has the Aral Sea Dried Up?

As recently as the early 1900s, the Aral Sea was the fourth largest lake in the world. It’s easy, or was easy, to find on a map. If you start with the Black Sea and move east, you’ll first encounter the vast Caspian Sea and then to its east, the Aral Sea. With the Aral Sea gone, the world’s largest lake—the Caspian Sea—remains, but it too is in peril.

Today, the vast lake—formed 5.5 million years ago in Central Asia—in the middle of the Kyzylkum desert has shrunk to a level where water is no longer visible to the eyes, as revealed by a series of images from NASA’s Terra satellite.

Like so many recent natural disasters, this one is largely man-made. The Soviet Union initiated a gigantic water persion project back in the 1960s. Over the years, the Aral Sea could not handle the persion. Philip Micklin from the Western Michigan University has ominously stated that, “It is likely the first time it has completely dried in 600 years since the persion of the region’s major river Amu Darya to the Caspian Sea.”

According to NASA, this is happening because of low snowpack in the mountains that feed the lake. If things don’t change, and they’re unlikely to, experts predict the giant lake will disappear completely by 2020. Besides the environmental toll, their will most likely be a human one too. According to the United Nations Environment Programme, more than 60 million people live in the Aral region—a fourfold increase since 1960.