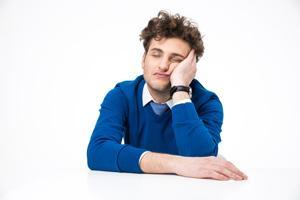 Here at Hillsdale Dental Care we love science. All science, that is, not just fields that pertain to dentistry (though we do love those). Last week we wrote about the“virtual cadaver,” a brilliant innovation that allows medical students to practice autopsies and operations on detailed, 3D human models generated by a computer. This week the topic is astronomy, specifically how the moon affects sleep.

NASA has announced that this summer we’ll see three “supermoons”in a row. What does that mean? For a reference, a supermoon occurred in June of last summer. The news media called it a “supermoon” because it was 14% bigger and 30% brighter than other full Moons of 2013. This summer, however, has seen and will see three of these supermoons. One has already occurred on the 12th. If you missed it, you can still catch two more supermoons on August 10th and September 9th. They’re really quite impressive, especially if you hadn’t been told what a supermoon was (it startled us the other night).

The Moon and You

The moon has been doing other things besides captivating the eyes and minds of nighttime onlookers. The moon affects sleep and it seems like in a detrimental way. A new study has found that a full moon tends to limit the amount of time a person sleeps. And it’s not due to moonlight necessarily. Even when a group of test subjects were kept in complete darkness with no windows in sight, they had 25 minutes less sleep during a full moon. Even more alarming is that male participants seemed to be particularly susceptible to the lunar cycle—sleeping for 50 minutes fewer. What gives?

Michael Smith, a PhD student at the University of Gothenburg, led the study based on an experiment of 47 people. Publishing the results in Current Biology, Smith has offered new analysis on the moon’s effects. Scientists have already amassed strong evidence of a human circadian rhythm: the synchronization of bodily functions with the 24-hour pattern of the Earth’s rotation. But Smith proposed that we also perhaps have a “circa-lunar” rhythm. While Smith himself admits a lot more research is needed, he offered some ideas for the existence of a “circa-lunar” rhythm, saying “It might be evolutionarily advantageous to have been more active at these times, to go hunting or be alert for threats.” For humans—who are primarily dependent on vision out of the five senses—a full moon would be especially useful in such cases.

Issues with the Study

Smith’s study and analysis, though thought-provoking, have a few issues. At the very least, his findings need to be studied much more in depth. At the very most, Smith’s study might mean absolutely nothing. Here are a few of the study’s isses:

At this point who knows what to believe. It wouldn’t be hard to believe that the moon has an effect on our sleep. Considering that the moon is responsible for one of the most fundamental aspects of nature—the tides—there’s more than a chance that it influences our behavior in some way.

Unfamiliar surroundings, loud noises, and the close contact that comes with your child’s visits to the dentist can lay the groundwork for dental anxiety. Our goal is to set them at ease, right from the start. And you can help, too.

Straight teeth that line up beautifully do far more than lend themselves to your great smile. There are many advantages for having straight teeth and even more when you straighten them with Invisalign®.

What to Expect With a Root Canal Procedure

You have an infection in your tooth and, in order to save that tooth and ease your pain, we’re going to perform a quick-and-easy root canal procedure. Here’s a step-by-step look at this frontline treatment.