Exercise Can Save Lives 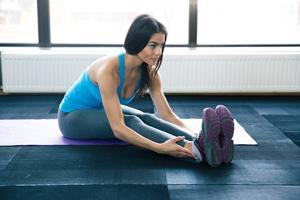 Exercise has always been touted as being part of a healthy lifestyle. Obviously it keeps you ‘in shape’ and prevents weight gain (unless you’re trying to tack on mass). But now researchers are really discovering how essential physical activity is to your health.

The LSE Health and Harvard Medical School conducted a study involving 340,000 patients. The subjects included people with various disease and susceptibilities. The most intriguing aspects of the study, however, were the ones that covered exercise. 57 inpidual studies—within the larger study as a whole—examined the effects of exercise on heart disease, diabetes, and stroke. 14,716 people were part of this exercise specific research. Scientists were testing the benefits of exercise compared to medication.

The results varied, but overall, physical activity seems to be just as good as drugs. The British Medical Journal published the findings.

As said previously, though, results varied. For instance, diuretic drugs proved more effective than exercise in the treatment of heart problems. Still, the basic thing to take away from this is to get out there and run!

Of course, if someone is too weakened by these illnesses, then physical activity might be out of the question. Patients need to be healthy enough to actually exercise. These studies also don’t mean that exercise should replace drugs. Dr. Peter Coleman of the Stroke Association says more research is needed in this field.

Doctors such as Huseyin Naci—who carried out the study—believe that the combo of physical activity and medication is the real key to curtailing these diseases. He’s been especially concerned with the rising rate of prescriptions versus physical activity. From 2000 to 2010, there has been a 58.04% in the number of prescriptions in the U.K. And only 14% exercise regularly.

So like any startling medical study, more research is required before the wheels start turning. But is this ‘finding’ really all that surprising? Exercise has always been stressed as a cornerstone of health, whether or not you have diabetes, heart disease, or strokes.