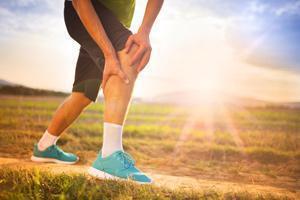 A strange and possibly profound connection has been stumbled upon: brushing your teeth well could help prevent arthritis. At the moment, this is still just a claim. A notable biological link has been found, however, between the bacteria responsible for gum disease and the early onset of rheumatoid arthritis, as well as its quicker progression and increased severity.

One of the critical bacteria that causes gum disease is called porphyromonas gingivalis. This bacterium produces a fairly unique enzyme called peptidylarginine deiminase (PAD). Said enzyme can induce alterations in proteins, namely L-arginine, to create citrulline. The human body tends to view this latter product as a foreign body, triggering the release of antibodies. In those suffering from rheumatoid arthritis they feel the effects of this immune reaction in the form of painful inflammation, which causes bone and cartilage damage. The enzyme PAD, whose action of creating citrulline, makes these two illnesses somehow linked.

So, the gum disease bacteria can create PAD. This enzyme then can bring about the formation citrulline, an amino acid that induces the creation of detectable antibodies to combat them. The detection of these citrulline antibodies has even become part of the criteria for diagnosing rheumatoid arthritis. But beyond these chemical affiliations, the relationship between periodontal disease and arthritis is still very murky. Trying to differentiate between causation and correlation between the diseases is impossible at this point. Clearly, more research must be done.

Still, lack of a definitive connection doesn’t deny observed findings. For instance, past studies have indicated that—in comparison to the general population—people with periodontal disease have an increased prevalence of rheumatoid arthritis and periodontal disease is at least two times more prevalent in rheumatoid arthritis patients. In another discovery, research found that a Porphyromonas gingivalis infection will precede rheumatoid arthritis. Such a progression is not found in all arthritis patients, but it nevertheless is the best evidence, in accord with the discovery of PAD’s role in creating citrulline, that one illness could lead to the other. Once the bacterium makes a home in the mouth, its enzyme could start going to work, forming citrulline, which then provokes an immune response and the pain of rheumatoid arthritis.