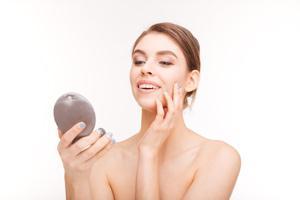 There are a lot of excessive inventions. Ones that bring very little to the table. They act more as circus sideshows than as a display of human technological advancement. Today, we witness an invention that fits the bill of “excessive” to a tee. And despite this, this invention is just plain awesome.

It’s called “Fish on Wheels.” So far it’s just a prototype, but it has proven itself worthy of receiving a Kickstarter campaign. What does “Fish on Wheels” do you ask? It allows your pet fish to explore the world outside of their tiny fishbowl. Now the fish aren’t leaving the bowl (this isn’t some kind of reverse scuba suit in which the fish can go on dry land). Instead, the fishbowl (or aquarium) sits on a remote control vehicle, which the fish can control.

How Does it Work?

The Dutch firm Studio Diip—which specializes in image recognition and product design—created this curious device in order to further “showcase the possibilities of computer vision technology.” Incredibly, the prototype was built with fairly modest technology: a standard webcam, a DC motor, an Arduino (usually found in DIY kits) controlled vehicle and battery operated Beagleboard. The way the fish “drive” the aquarium is simple and ingenious. The webcam watches the fish’s movements from above. When the fish swims toward one of the walls of the tank, the software then moves the aquarium in the direction the fish is moving. The prototype is fully functional, but developer Thomas de Wolf says that the invention will be improved before its Kickstarter campaign gets underway.

But What Does it All Mean?

This is once again a question of the invention’s purpose. Does it have any practical application? Or is it just a funny, extraneous invention that at most will turn out to be an entertaining novelty? Developers at Studio Diip admit they have no idea whether or not their fish are aware of their ability to drive. They also said that after letting the fish drive for a bit, they return them to stationary aquariums so as not to “stress it out too much.” How are they even aware that they’re stressing the fish?

De Wolf’s reasons for the invention certainly sound noble: “Up until now driving vehicles has been limited to mankind only, but now your pet fish can also put the pedal to the metal.” For him, it’s about species equality. Still, there must be some kind of higher application that this invention can serve.