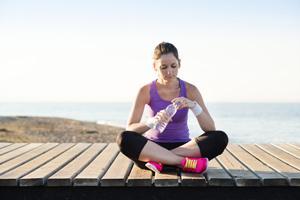 Energy drinks have been catching a lot of flak as of late. Four years ago the immensely popular alcoholic, energy drink Four Loko was implicated in a number of controversies. This led to its ingredients being overhauled.

5 Hour Energy is coming under a lot of scrutiny lately too. Legal actions aimed at the company say that 5 Hour Energy is misleading consumers with incorrect statements about the ingredients and health value of its products.

In Los Angeles, the crusade against energy drinks has reached a new level: a drinking age. Yesterday, Councilman Bernard Parks filed a motion in the Los Angeles City Council for legislation designed to inform people about the dangers of energy drinks. It also aims to prevent minors from being able to buy them.

Parks compared his proposed legislation to the laws on minors purchasing spray paint. It’s a “behind the counter” purchase. The paint’s locked up and people are required to show ID proving that they’re at least 18 to buy.

While the plan for an age requirement will most likely receive the most coverage, Parks also sees education as a crucial part of his motion.

A lot of blame is being thrown around. Lawsuits are being filed, allegations are being made. Monster came under investigation by the FDA in 2012. Some families have pursued personal legal action against the company.

Many are blaming energy drink companies outright. Others, including physicians like Dr. Arthur Manoukian, don’t see any conclusive evidence of energy drinks’ danger. The American Beverage Association also believes these allegations of health danger are unfounded.

People like Dr. Manoukian agree that people should be educated in the potential hazards of energy drinks, but find that attempts at regulation will be futile. Instead he sees the real danger in the mixing of alcohol and these drinks.

Another one of Parks’s concerns, as well as prosecutors’ in New York and San Francisco, is the marketing towards minors. All of them contend that the beverage companies are deliberately targeting minors while stating publicly their market is adults.

The future remains uncertain for what will come of this motion. In California, though, big government is pretty much a reality, especially in a city like L.A. Constant government intervention and regulation—whether it’s with the Gestapo-like parking authorities or taxes on gas—is something encountered on a daily basis in this state. There’s a very good chance energy drink age restrictions become law.