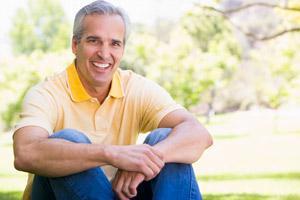 Someone’s age is no longer just a matter of how many years old they are. Nowadays everything in our lives must be complicated. Age is just more thing made complicated by modern society’s obsession with exactitude. At least in this case, it concerns health and well being. Someone’s age, or at least how they feel, is contingent upon how old they are, how tall they are, how much they weigh, how much physical activity they get, diet, alcohol consumption and much more. By combining these factors you can calculate what could be called your ‘body age.’ That’s precisely what the new “Vitality Age Calculator” claims it can do.

Developed by the U.K. based company PruHealth, this calculator is founded upon an algorithm. By analyzing over 5,000 studies about death and causes, scientists and academics derived this incredible life measuring formula.

Here’s an example of a person who has they’re ‘body age’ calculated:

According to the Vitality Age Calculator, he has a body age of 56. As you can see many factors go into this algorithm. This man’s case seems pretty ordinary and yet his body is 6 years older than his nominal age.

It’s precisely people like this that led PruHealth to develop the Vitality Age Calculator. In came in response to Britain’s Healthiest Company survey, which studied employee health of roughly 10,000 inpiduals.

The results were a bit troubling to say the least. Just take a look at some of these stats:

Troubling numbers indeed. The biggest factors giving rise to advanced Vitality Age were lack of exercise and being overweight—two things that can easily be remedied. Another troubling number is 2/3s of those studied believed they were good to excellent health. They believed this in spite of displaying multiple risk factors that could increase their probability of developing a disease that would definitely shorten their life.

That’s a grim picture for the U.K. One can only imagine how disturbing the numbers on our side of the Atlantic would be. If not disturbing, than alarming. We’re one of, if not the, most obese countries in the world. If only inventions like the Vitality Age Calculator could translate to real change.