The Fear Behind Friday The 13th

Hillsdale Dental Care Blog The Fear Behind Friday The 13th 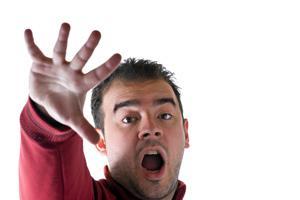 It’s an infamous and usually uneventful day (except for maybe a horror film’s release). But it instills fear into the hearts of many. That or mild uneasiness. Still, there are a lot of anxiety ridden Americans who take Friday the 13th’s supposed unluckiness very seriously.

It has been estimated that $800 to $900 million are lost on this day due to fear of flying or canceled business operations. Where does this angst come from? What is the origin of this dreaded day?

A number of cultures associate bad luck or foreboding with this number. For Christians there’s an obvious connection. On the night of the Last Supper, Judas was the 13th guest. Even if you’re not Christian you know that ‘Judas’ is synonymous with traitor.

In Hinduism too there’s a taboo about 13. A superstition that many of them still practice today, Hindus believe 13 people gathering together in one place is unlucky. It doesn’t have to be a dinner party; any meeting of 13 in general brings bad luck.

An even more illustrious story comes from Norse mythology. This one has more of a story behind it. Two Norse gods—Odin and Frigg—conceived a son named Baldr. One night the boy had a nightmare about dying. His mother, worried that it was an omen, proceeded to ask everything on earth to promise not to harm Baldr. The only thing she left out was mistletoe—deemed unimportant and non-threatening.

One night, 12 of the gods were dining when Loki arrived, the 13th guest. The gods’ new favorite past time was throwing weapons at Baldr and watching them glance off harmlessly. Loki, the god of mischief, approached Baldr’s blind brother Hoder with a spear made of mistletoe. He threw the weapon, slaying his brother and brought darkness over the world. Ever since, 13 has been shrouded in misfortune.

This one too has many sources. Returning to Christianity, it was on (Good) Friday that Jesus was crucified. Long before that part of the Bible, Friday was already wreaking havoc:

Friday also became equated with witches. The reason is an interesting study in the assimilation and adaptation of one religion with another. Frigg (sometimes called Freya by Germans) was goddess of fertility and her day of worship was Friday (which is where we get the name).

As Christianity spread, its proponents needed to stamp out the German’s pagan holidays. The Germans worshipped Freya on Friday, often getting married on that day. Friday didn’t sit well with Christians (see above) so as they converted the Germanic people, they recast Freya as a satanic witch, thus lending a cloud of darkness over the day.

But when and why did they converge on each other? This is far more difficult to pin point. One good guess comes from a book published in the early 20th century. A Boston stockbroker Thomas Lawson published a book called Friday the Thirteenth about an devious businessman’s attempt to crash the market on this date.

Thanks to excellent promotion, the book sold very well, spreading the idea of Friday the 13th. Another event that probably added to this was an actual attempt to corner the market in 1907, the year the book was published. A ‘panic’ ensued and many were ruined. Few things stick in the minds of humans as well as economic hardship so maybe this is where Friday the 13th really took off.