The Internet And Our Brains

Hillsdale Dental Care Blog The Internet And Our Brains 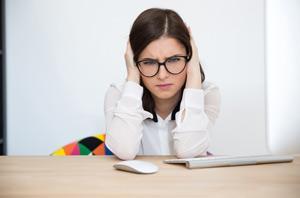 Back in the day, people used to say that TV would rot your brain. Then it became video game consoles like Nintendo, Sega, and then eventually Playstation and XBox. Well the tradition seems to continue. This time it’s “Google will rot your brain.”

People have been addicted to the Internet since it first came out. That’s nothing surprising. Nowadays with the instantaneous and easy access to the internet, we’re relying on it too much.

The use of search engines, Google especially, for knowledge has reached new levels. New levels of dependence. Cognitively, it is our memory that is suffering due to this trend.

In fact, our ever increasing dependence on search engines has led them to be viewed as an extension of our intelligence. It’s no longer perceived as a useful tool. Rather, it creates a false sense of knowledge.

What the Research Says

A Harvard study carried out a series of tests. They asked students to answer trivia questions. Some used Google to search for answers. Others didn’t.

The results showed a peculiar pattern. Participants who took advantage of Google searching rated their intellect very high. More so than those who correctly answered the questions without Google.

Where psychologists are concerned is in the relationship between human and computer. According to them, the Internet is replacing another inpidual—another inpidual to whom we’d share our memories or knowledge with.

Instead of this human to human interaction, we’re—as psychologists Daniel Wegner and Adrian Ward put it—”off-loading memories to ‘the cloud’ just as readily as we would to a family member, friend or lover.”

Not only does this weaken human to human relations. By not learning and sharing, we’re undermining our own ability to remember. Because of the instantaneous access to answers via search engines, we’ve substituted them for using our memory.

This is why in other tests, researchers found that people who thought information was stored on the computer were on the whole more forgetful. Those who thought it had been deleted or erased had better recall of the info.

In a related area, in college classrooms, students are more and more writing notes on laptops. Obviously, being distracted by your computer means you won’t learn. But the act of NOT writing notes is detrimental to the ability to retain knowledge.

The physical act of writing notes has been shown to increase people’s recall of information. While one might diligently type everything said in class, it requires less brain power than writing on a good ole piece of lined paper.

What’s more worrisome is how to stem this shift towards complete dependence on search engines. Conceivably, it can only get worse based on its present trajectory. The act of talking to another being and writing cannot fade from existence!