The World Of Dental Museums 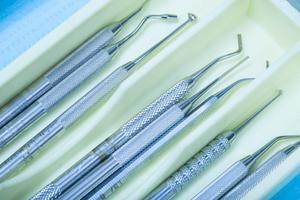 Dentistry is an incredibly interesting field. That may seem completely and utterly unsurprising coming from a dentist, but we mean to emphasize that dentistry is fascinating even to the layman. The problem is that most people don’t give dentistry the time of day to invest interest. This is a shame because brilliant articles can be found at ones finger tips thanks to websites such as 1-800-DENTIST. The best way to grab the interest of the average person is for them to experience the field in-person and directly.

Dental museums are places filled with fascinating artifacts and collectibles. If they are visited, they are all too often treated as an academic field trip. Really, they should be treated like museums such as the Smithsonian, places of technology, of science and wonder. Here are some of the U.S.’s most interesting dental museums:

Operated by the Smithsonian, this dental museum located in Baltimore has some beautiful exhibitions. The most spectacular collection is that of Queen Victoria. Dr. Ben Swanson—former president of the American Academy of the History of Dentistry—was director of the Museum of Dentistry in Baltimore back in 1994. Then, he took part in an auction with Christie’s for Queen Victoria‘s personal dental tools. It was a nerve racking affair, but Dr. Swanson managed to nab them for 14,000 pounds, which added up to $24,000. Sure it may seem steep, but it was worth it and they have now become the centerpiece of this museum. With over 40,000 collected pieces of dental instruments, furniture and artwork, the National Museum of Dentistry’s collection is “…one of the largest and most significant in the world.”

Located in the City of Brotherly Love, Temple University is home to this nice little dental museum. Edgar R.R. Parker, a dentist who studied in Philadelphia in the late 1800s, went on to return home to Canada. He planned on practicing dentistry there, but found that Canadians had little care for oral health. In order to promote his practice , he created a sort of circus show for highlighting dentistry’s importance. He used show girls to show off the teeth he extracted, the tools he used and such. These show pieces are what comprise the museum collection at Temple University today.

Found in Bainbridge, Ohio, the Harris Dental Museum is named after a crucial figure in the history of dentistry—Dr. John D. Harris. He is attributed with bringing the science of dentistry and the first ever dental school to Ohio. The museum is located in an 1815 residential building, which naturally housed the first dental school in the U.S. Harris began lecturing in this house in the early 1800s, proving so influential in the field that he convinced his brother to train in the field. His brother, Chapin, went on to found the Baltimore College of Dental Surgery. In 1973, the brick building in Bainbridge was designated as a historic site by the National Register of Historic Places.