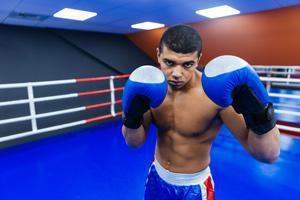 We all know that taking care of our teeth is important, but it is even more important as a youth. Creating good dental habits and protecting your mouth at a young age, can lead to healthy teeth as an adult.

One of the easiest ways to injure your teeth is through sporting injuries. However, recent studies have shown that young people lack the knowledge to prevent and manage dental sporting injuries. A recent study published in the International Journal of Dental Traumatology was based off a questionnaire, completed by 400 people under eighteen years of age. The participants were involved in a wide range of sports including basketball, golf, soccer, rugby, and tennis.

The study showed that only 37% of participants know that an adult tooth that has been knocked out, should be replanted. The study focused on personal experience, knowledge about mouthguards and awareness of first aid and emergency procedures. The study has highlighted the need for better education when it comes to dental injuries in competition. The education process could be improved through everyone involved in the sport, including trainers, coaches, athletes, parents and schools.

Some studies have shown that up to 45% of dental injuries can be attributed to participation in a particular sport. The most common dental injury in sport is cause by a hand or elbow making contact with the face. That is why mouthguards are so important in competition and many leagues are making them mandatory.

Recent studies in the Journal of the American Dental Association report that only 7% of soccer participants and 7% of baseball participants are wearing mouthguards. Even in football, while mouthguards are mandatory, only 75% of participants comply and wear one.

Basketball, by it’s nature, is one of the highest risk sports in terms of oral injury. There tend to be elbows, hands, and arms swinging around at almost all times, making injuries almost commonplace. A study conducted on high school varsity basketball teams in Florida, found that 31% of players surveyed sustained an oral injury at least once during the season. Additionally, 53% suffered more than one oral injury and fewer than half of the participants wore a mouthguard. Studies concluded that not wearing a mouthguard while playing basketball can increase the likelihood of a dental injury by almost seven times.

Mouthguards not only protect your teeth from an impact, but can also be helpful to avoid concussions. Mouthguards actually prevent the teeth from going upwards on a blow to the head, which is one of the main triggers for a concussion. Unfortunately, even at the professional level, there is a general lack of knowledge on the importance of wearing a mouthguard. A recent survey reported that only 51.6% of players in the National Hockey League wore a mouthguard. It begins with education at a young age, before we can see improved results at the highest levels of competition.